Crew Profile:
Captain : Eray BOZKURT
Turkish national, born in 1990 . He speaks good level of English. He finished Maritime High School and started working on charter yachts after graduation. He worked on M/S Carmina for 3 years and his following experince was M/Y Merve for 2 years (2010 May-2012 December ) as a deckhand then he done army duty. He started again M/Y Merve in September 2013 and since then he is on board. He has good coordination with the rest of the crew.

Chef : Sevket Murat GULMAN
He was born in 1970, Turkish. Chef Sevket worked on M/S Dragonfly for 7 years and previous experience includes working for a Turkish businessman as his personal chef. He is a master of Turkish, Italian and Mediterranean cousine.

Hostess : Pinar ILERDE
She was born in Istanbul in 1985. She graduated from Fethiye High School. Worked at hotels before she started working on S/Y Zelda. She joined Merve on February 2013. Speaks English.

Housekeeper : Fatma ALTUN
She was born in Istanbul in 1981. She graduated from high school. She previously worked at hotels and decided to experience yachting. She speaks elementary English.

Deckhand : Zeki OZTURK
Turkish national, born in 1969, married. He has been working on yachts since 1997. He can speak English. Zeki works hard and willingly to keep the yacht well-kept and the toys in good condition. Zeki and Captain Ali have done many charters in Turkish coastline and Greece.

Deckhand will be appointed. 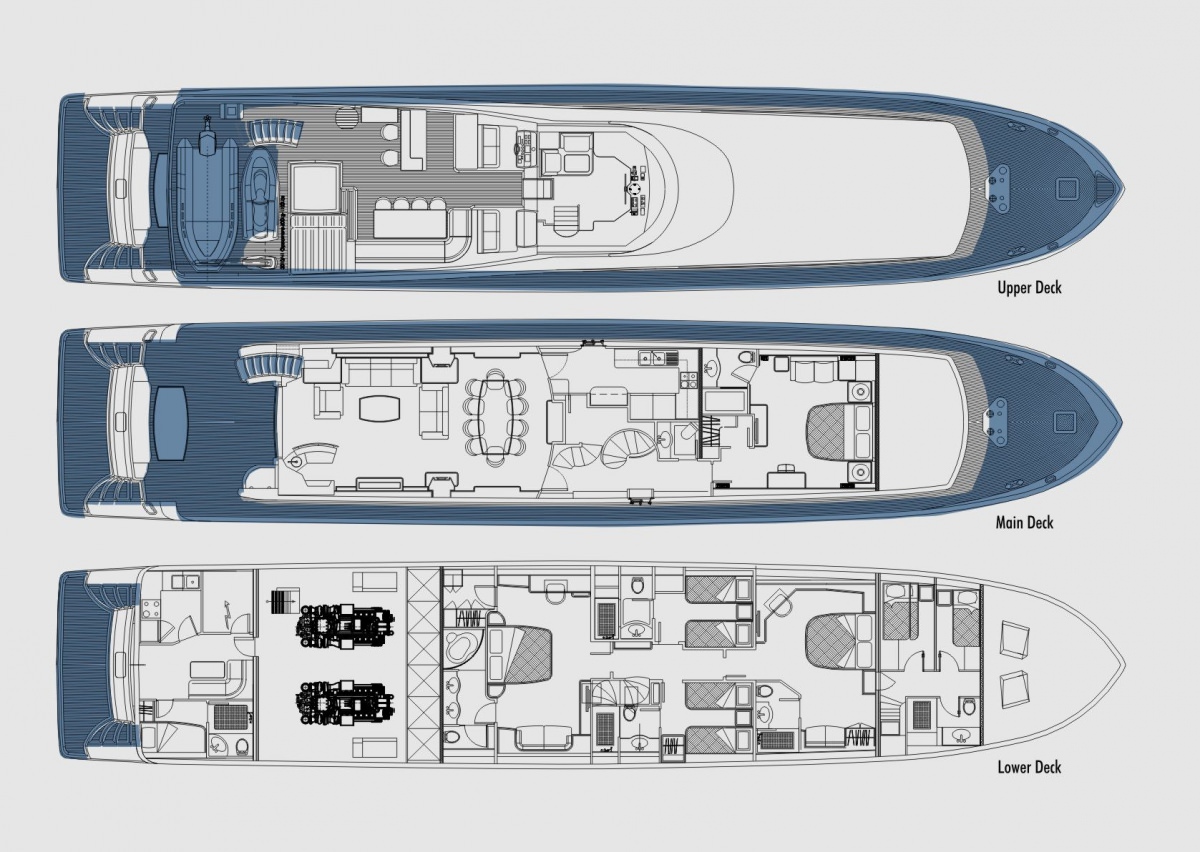 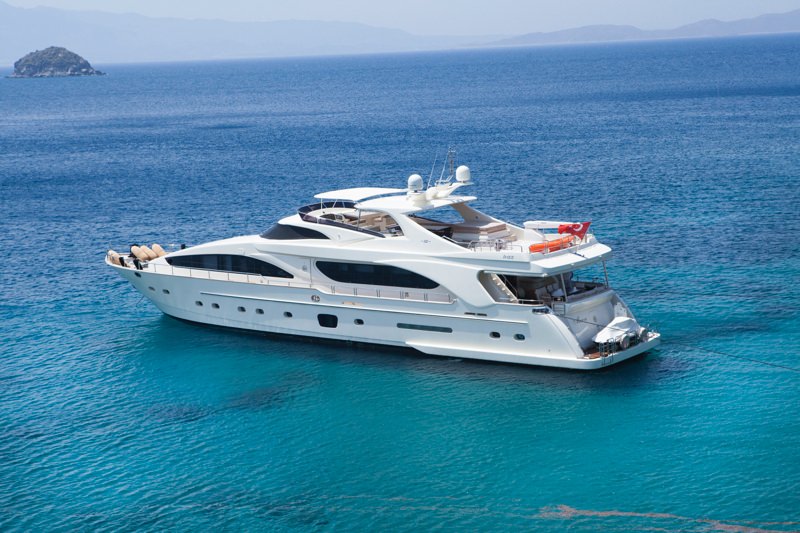 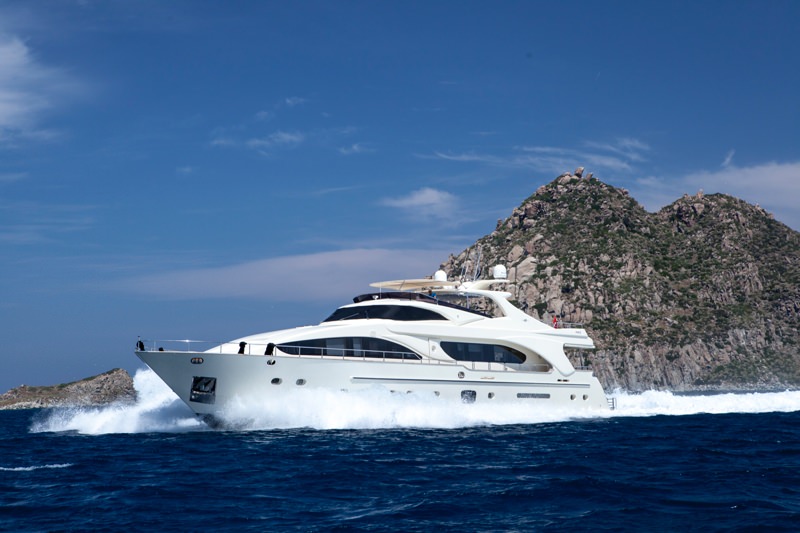 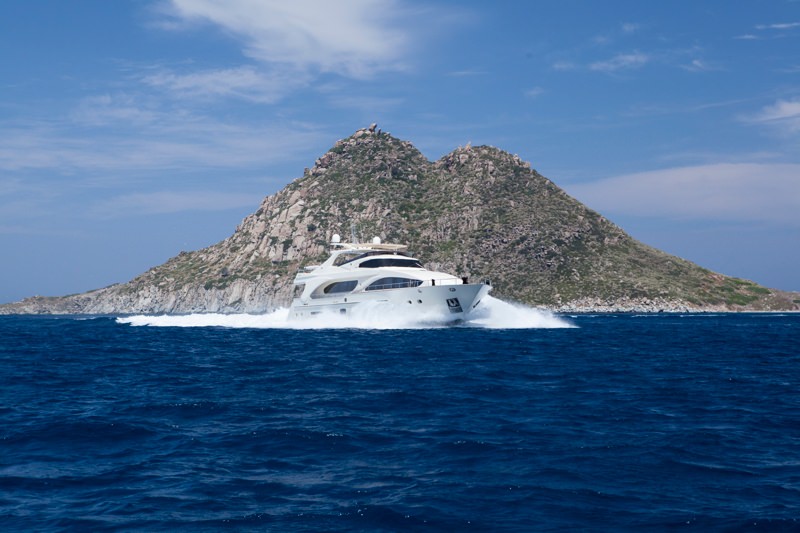 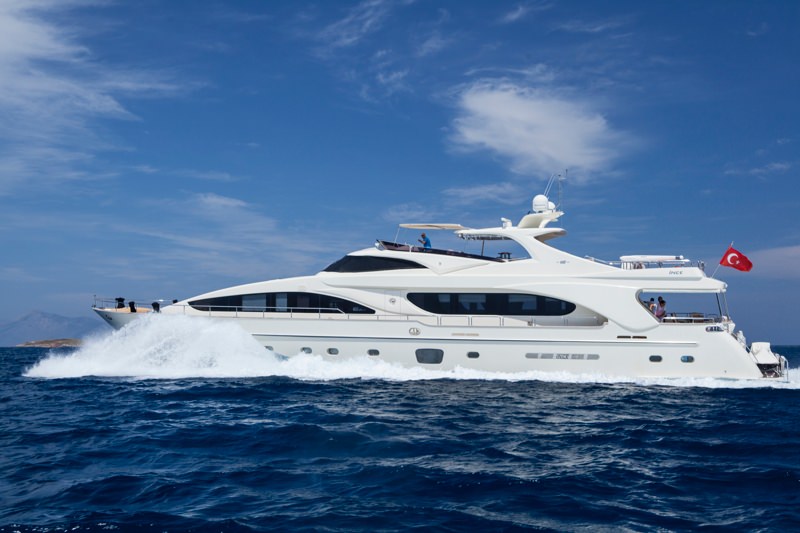 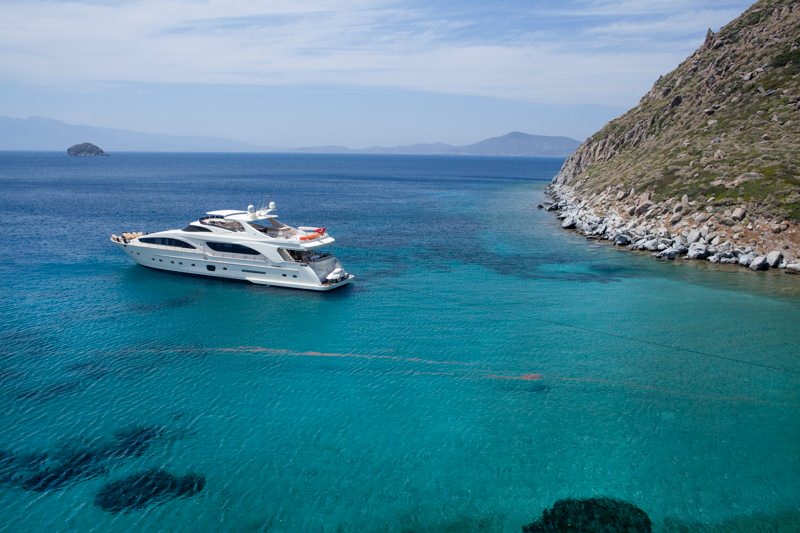 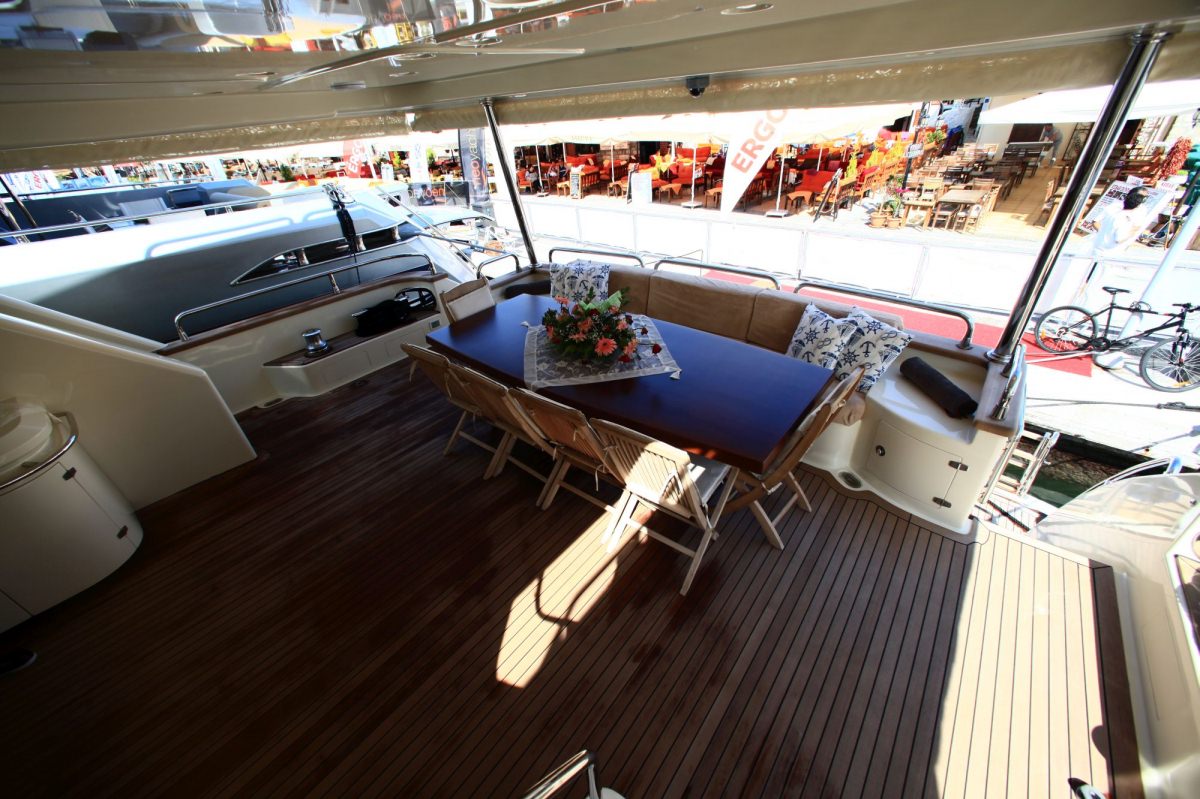 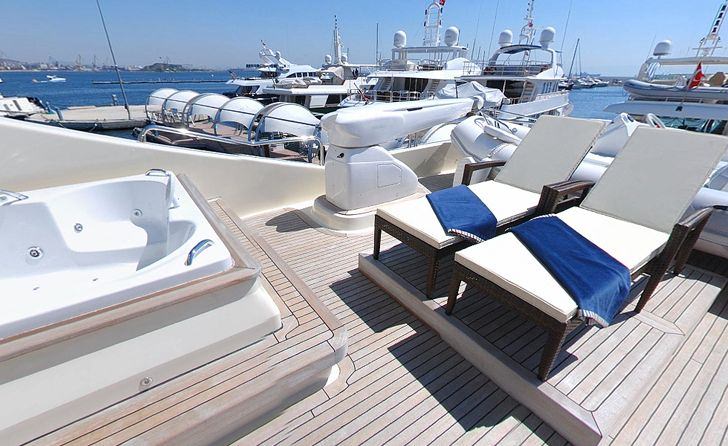 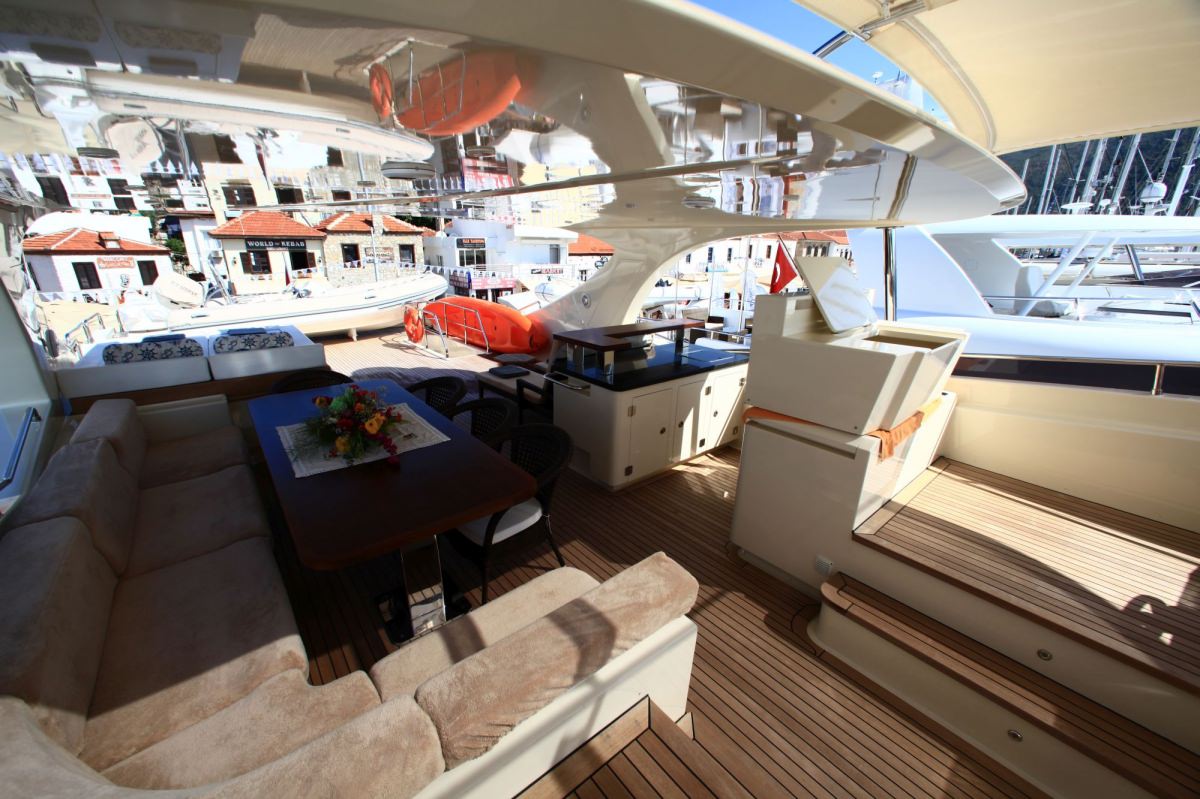 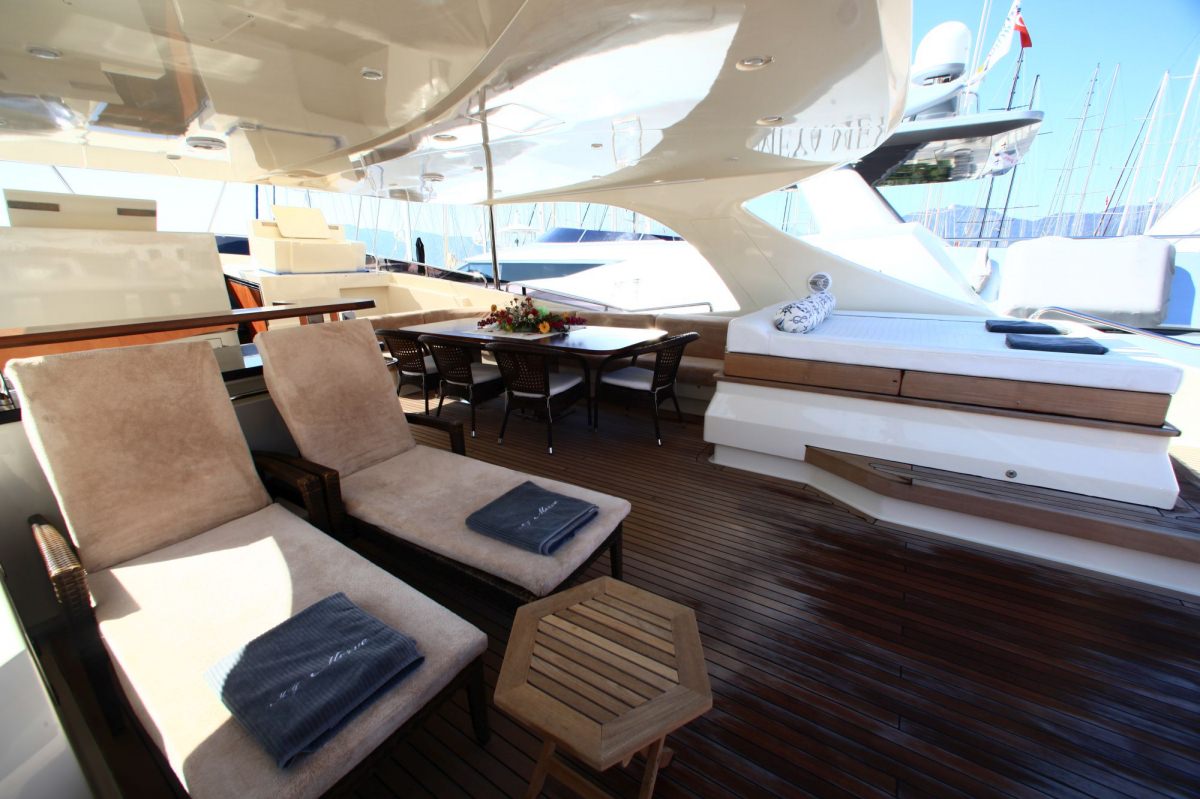 MASTER BATHROOM AND DRESSING SECTION
On the front side of the master cabin illumination, drawers and hangers and dressing rooms.
Each of the are composed by following equipments:
Tecma WC system Bide
Lavatory Cupboards and mirror Oval scuttle Aspirator .
Spot lights
Curtain
Pair lavatory
Mirror, chrome faucet and accessories.
All furniture made of teak